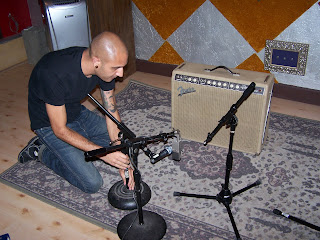 This past weekend I met up with Josh Mallit to do a microphone and preamp shootout that turned out to be a lot of fun.  Josh is the head mix/recording engineer at Capricorn Studios in Downtown San Diego, California, and he recently picked up a new Cascade VIN-JET ribbon mic.  This of course prompted some detailed comparison testing.  Our hypothesis was that the Ribbon was going to sound really good, so read on for the results. 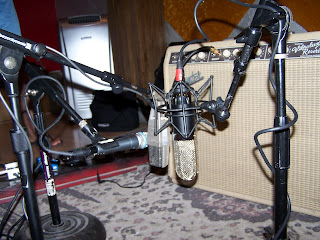 These were our contenders: 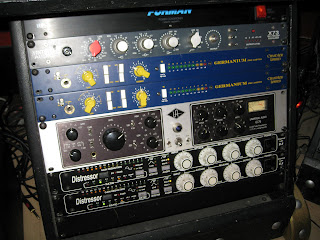 Mic Preamps:
A) Neve 33145 x2 (stripped out of an old console and formed into a rackmount unit - cool, I know.)
B) Vintech Model 473
C) Chandler Limited Germanium

For all recordings, I played a Charvel Desolation guitar (six-string, active pickups) through a Boss DD-7 Delay pedal into a 1965 Fender Vibrolux on the bright input with minimal reverb and fairly flat EQ.  I had never played through this amp before, and I was really impressed with its ridiculously good, harmonically-rich clean tone. 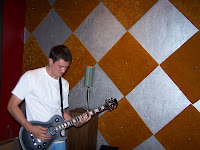 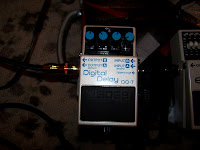 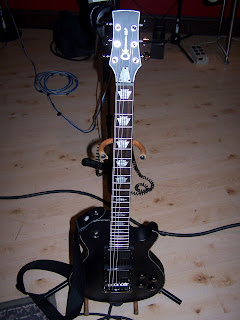 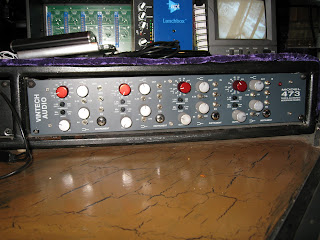 In the control room, everything was routed through a Digidesign 96 I/O into Pro Tools HD.  Sometime soon I'll have to do another post focused on the control room and the rest of the analog equipment in there.  It is also worth noting that due to the VIN-JET's quiet nature, we used a Cloudlifter to give it an extra 20dB of boost before it hit the preamp.  This particular VIN-JET also has an upgraded transformer mod by Lundahl.  Also, on the Vintech 473, we were in the 300 ohm impedance setting (versus 1.2k).

For the test, I played a riff written by guitarist Tyler Alvord of the band Chanauk.  The riff is from a song called "Blue", which I think has a really cool melodic rock melody.  I have been jamming with these guys lately and having a lot of fun.  Hence my choice to use it for this shootout. 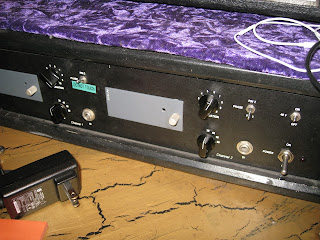 And the winner is...


...the Cascade VIN-JET through the Chandler Limited Germanium! 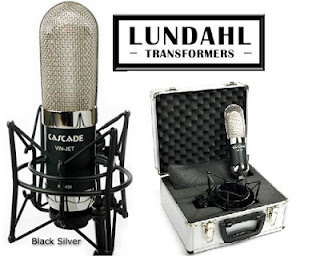 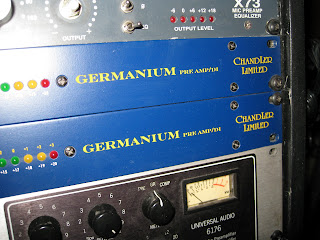 Josh liked 3C - Cascade VIN-JET w/Chandler Limited Germanium best.  On the other hand, I really thought 3B - Cascade VIN-JET w/Vintech Model 473 sounded like butter.  Ultimately, we both agreed the preamp choice simply depends on the mixing situation.  The 414 and 57B sounded very good, as well, however there was something distinctly real about the way the VIN-JET conveyed the sound.

The preamps made a bigger difference than we originally thought, as well.  Before we got started, I had a hunch that every mic would sound best through the vintage Neve console preamp, but in the end I really liked the 473 and Germanium after just about every mic, save perhaps the 57B.  Feel free to comment and explain what you liked best and why.

While we were going through our testing, we got to talking about microphones a little more and Josh explained the principles of each type of microphone to me in a bit more detail.  This is what I gathered from our discussion:

Dynamic microphones have a diaphragm, typically made of plastic, which is connected to a coil of wire.  The diaphragm responds to changes in air pressure created by sound waves and moves past a magnetic structure, either inside or outside of it.  This movement of the voice coil around the magnet disrupts the magnetic field and causes a current to run through the coil, which then passes through the speaker cable into a mic preamp.

Dynamic mics are heavy duty and can withstand a lot of abuse (there are some pretty gnarly videos of SM57/58 abuse on YouTube, enjoy...).  They can also withstand really loud sound sources, like kick drums, snares, guitar amplifiers, bass cabinets, etc.  Generally speaking, they are all around capable of handling just about any live sound application with ease, and I know some bands that use SM57's for just about everything in this regard.  In the studio, they are used more often than you would think, too, especially considering how budget friendly dynamic mics are.  However, with that said, they aren't generally as detailed as many other microphone designs, especially in the higher frequencies. 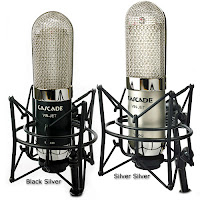 Ribbon microphones are a spin-off of Dynamic mics whererin a really thin, corrugated strip of aluminum (the diaphragm) is placed between two very strong magnets.  The ribbon's movement corresponds to the velocity of air particles that hit it, whereas the dynamic moving coil design responds to changes in air pressure.  The pickup pattern of ribbon mics is a Figure 8, given it's front/back bidirectionality, and sound rejection from the sides is very good.  Also, the relatively low mass and simple design of a ribbon mic allows for a frequency response that is not as susceptible to resonances as with other designs.

In contrast to dynamic mics, ribbon microphones are not heavy duty and generally cannot withstand much abuse.  Many ribbon mics can literally be destroyed by plosive sounds (by a vocalist too close to the mic), loud guitar cabinets, or uncareful handling.  Certain modern designs are supposed to be able to tolerate more abuse, but the rule of thumb is to handle these with care.  Overall, it is a small price to pay for excellent sound quality, though.  Even though you won't see as many of these on live stages, you will find them in most professional recording studios around the globe.  Many believe ribbons handle high frequencies smoother than condensers, as well. 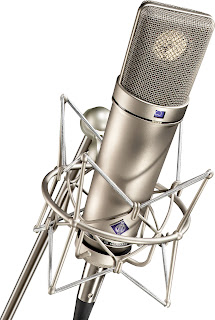 Condensers are really interesting in my opinion.  They have a front plate, which serves as the diaphragm, and a back plate, which is the other half of the capacitor that both plates form together.  The front plate is generally made lighter/thinner than the backplate.  Constant voltage supplied by phantom power polarizes the plates.  When sound waves hit the front plate, the distance between the two plates changes (becomes shorter), and capacitance increases.  Similarly, as the plate moves back into position, capacitance decreases, and these vibrations forward and backward are converted into current by the capacitance discharge that occurs.

Condensers are not really heavy duty, so you have to be careful with them, although they aren't quite as fragile as ribbons.  Since condensers have such a thin front plate, they pick up high frequencies very well, and generally any ambient sounds very well.  This disqualifies them from live applications most of the time, but studio engineers use them day in and day out to record vocals, drum overheads, pianos and guitars.  One condenser mic that has gained much acclaim is the Neumann U87, which has become a staple in studios around the world given its excellent sound replication and sensitivity.

Alright guys, I hope you enjoyed this post.  More shootouts to come in the future!  Thanks for reading and have a great day.
By Creative Edge Music at 10:06 PM