How should you mic up your 1960A rig at your next show or recording project?

The short answer:
Experiment with many different mics, mic positions, and even mic preamps before settling on a "best" sound.  There is really no "right" answer since music is so subjective, and there may be multiple solutions for different situations.  Make sure you know what speaker sounds best in your cab, and make sure you know where an SM57 sounds best, too, since that's what the average sound tech is going to throw on there.


The long answer:
Most of us know that placing mics in various positions around a speaker cabinet will yield different sounds.  Part of this has to do with each speaker sounding a little different (even if they're the same make and model), mic height from the ground producing various colorations due to differences in reflection time, and what kind of room you are in.  In particular, though, there are three (3) main placement factors that will affect the sound consistently:


Keeping all this in mind, here's a little case study:

I recently came across this very useful video on YouTube, which demonstrates the different sounds that can be obtained by varying the mic position (SM57) across one Marshall 1960A cab.  In this particular video demo, the cab is loaded with Celestion V30's (as opposed to G12T-75's) and has two Chinese speakers on top while two UK speakers are on the bottom.


Here are the subjective notes I took while watching/listening to the video above:

From these notes and a bit of reflection, and after watching the video a few more times, I concluded a few things:

#1 - The UK Speakers sounded better
Maybe this settles the ongoing UK v. Chinese speakers debate. Then again, maybe not.  This is only one test and you never know what's up with any given speaker or set of speakers.  Still, it does tend to pull me more in the direction of "UK is better". 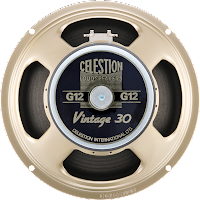 #2 - The bottom-right UK speaker sounded the best by a good margin
This means speakers produced in the same place and installed in the same cab may sound different.  If there's a margin of error between speakers of the same factory, this makes it harder to draw objective conclusions about UK vs. Chinese speakers.  What if we're comparing the best UK speaker to the worst Chinese speaker, or vice versa? 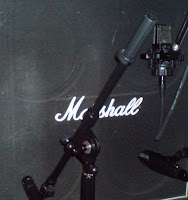 #3 - Mic placement significantly affected the recordings
This is pretty eye-opening.  To my ears, anyways, even the best sounding UK speaker of the bunch sounded worse when mic'd in position 7 than the Chinese speaker in position 1.  I think this sort of thing is more important in the studio than at a live show, but hey - everything matters.


I have always believed in getting the best possible sound at the source.  Doing things right at the start of the signal chain gives better odds of better sound at the end of the chain, and I like playing my odds, even if these odds get washed out by the reverb of an average local venue.  I've learned this lesson the hard way in mixing music, too -- it's far easier to work with quality material than trying to fix damaged goods.  You can spend a lot of time trying to cure problems that could have been eliminated in the first place by proper recording technique, including mic placement.

Speaking of which, I've purchased expensive plug-ins, spent hours redoing my EQs and filters, compressors, etc. all in an effort to put things into my recordings that weren't there to begin with, and it was mostly futile.  The EL Fatso is one of the only tools that actually might be able to achieve this miracle, but it's a pretty penny at that.  Aside from this and maybe a few other costly exceptions, I hate to say it, but Garbage In = Garbage Out.
By Creative Edge Music at 2:00 AM