In my usual perusing of YouTube, I stumbled across some really good music by Celeste Buckingham that completely took me by surprise.  After a long night out with a coworker, I wasn't expecting to come home to find a new musician with such authentic music.

That's what strikes me the most about Celeste's music: it has a very "real" and authentic element to it.  The sound is very true, passionate, and trustworthy if that makes sense.  I am not hearing anything fake or overly produced; rather, it's just all raw and real goodness.  And while I've captioned this article as "Next Pop Star", I'm not entirely sure Pop is an accurate label for her music. 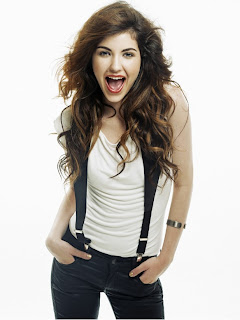 Her music certainly does have pop elements, but there is a lot of pure singer-songwriter stuff going on, too.  Perhaps the most impressive part of the whole deal is that this girl was born in 1995, and at the time of this writing she is not yet eighteen years old.  Her voice is mature enough, though, that she sounds as though she's in her mid-twenties with a youthful drive.

Her most current album Don't Look Back was released in April of 2012 with several hit singles, including "Bleeding", "Nobody Knows", "Don't Look Back", and "Run Run Run."  This album quickly rose to the tops of the charts in Slovakia and the Czech Republic.  I believe it'll rise quickly here in the states, too, especially with her presence in Nashville and the surrounding music community.

Check her out and let me know what you think! 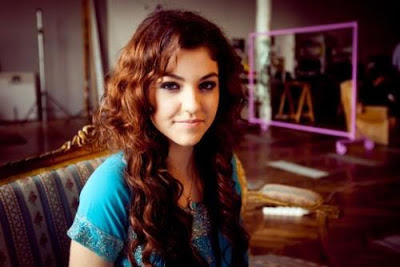