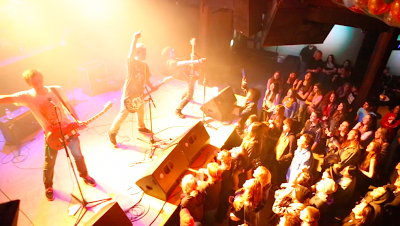 Shooting to bring back the Bay Area punk scene, Global Affront from San Francisco smashes and snarls their crowd away every show.  Global Affront has been playing since 2009 and play a wide range of punk from sounds like Green Day’s Dookie-era upbeat alternative, to NOFX’s bratty, fast-as-hell irony, to Bad Religion’s complex melodies and lyricism that deal with politics and social justice.


Their first song, “When the Riots”, was written in 2009 as a response to the riots in Oakland, CA after the rise in police brutality.  In 2011, they released "Global Affront EP", a 4-track EP that set the bar with their fast-tempo melodies of “Ready, Set, Go!” to the intense call and response chants of “Rally Up.”  In 2012, Global Affront released "Another F*cking Global Affront EP” that raised the bar with the pounding drums of “Raise the Flag”, the hardcore snarls and critique of the state of the USA in “Dead America”, and their catchy ode to the generation in “Make Way.” 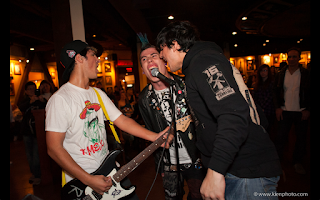 They've played shows all over the Bay Area at venues like the DNA Lounge and the Hard Rock SF, and they have also headlined shows at venues like the Continental Club in Oakland, The SUB-Mission, and The Rockit Room. They also recently won the Gorilla Music Battle of the Bands in San Francisco.  Photos, videos, updates, show dates and free music can be found and downloaded on their ReverbNation or on Facebook .

When Global Affront hits the stage with their middle fingers in the air and their profanity-meters set to high, you can expect the crowd to lose their minds and descend into absolute chaos like back in the good old days. 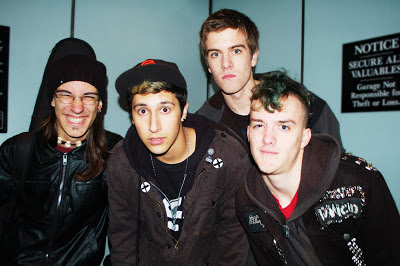