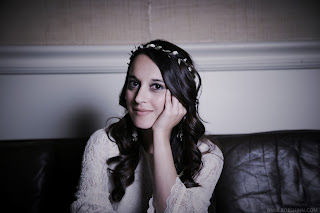 Liza Finn has been writing, playing and singing all her life. Raised in a creative, bohemian environment, this London songbird was influenced by numerous earlier singer-songwriters through her childhood, which led her to study classically. This progression helped her develop the unique, layered, cunningly composed, sweetly and powerfully delivered songs she presents today.

Liza recorded her debut EP, ‘Perceptions’, produced by Paul O’Neill (Sophie Ellis Bextor, The Verve, Gary Barlow), in 2011, and used 2012 to tour the UK festival circuit and beyond. In November 2012 she released her first single, ‘Home’: a haunting, ethereal track with light, pure vocals, inspired by a sense of place and a love of the sea. Liza is currently working on an EP for release later this year following a further series of UK festival appearances and other live performances up and down the country.


In her songs, Liza’s hypnotic, bejewelled voice effortlessly weaves its way through rich melodies, conversationally describing the joys and anxieties, the highs and lows of love and life, drawing you in, mesmerising you with her astute observations and gentle narrative like a friend sharing deep secrets. Her consummate, apparently casual artistry is matched by her renowned professionalism and determination.