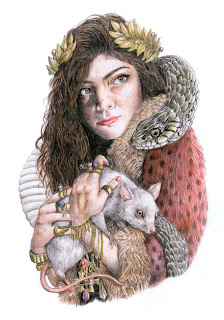 Even if you aren't a big indie music follower, I am sure you remember the day you couldn't get Ellie Goulding off every channel of your FM radio. That moment is about to repeat itself with another female indie artist. If you are an indie music follower (a.k.a. hipster, musical progressive, or indieshuffle addict) you have been listening to this breakout artist's single "Royals" for months while riding your bike home-right between Lana Del Ray and Cocovan. This new artist goes by the name Lorde. And she is about to bulldoze your playlist and top pop charts with her addicting, talented music. She might already even be doing so if I publish this article too late. 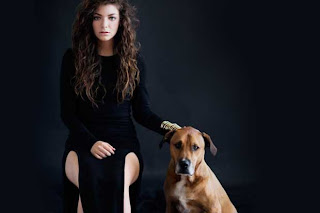 Lorde’s EP, The Love Club, released in December 2012, has become infectious through the indie pop scene and on New Zealand’s University radio in the last few months. Just within the last few weeks, her single “Royals” has started popping up on Facebook feeds, gaining momentum on Youtube, and found a home on many independent radio stations in the U.S. As of July 1st, she even made the Billboard Top 200 chart (read about how Billboard calculates their rankings here). [To enlighten you on how fast this girl is picking up steam, I started writing a draft for this article 2 weeks ago and her less popular Youtube video views have went from tens of thousands to hundreds of thousands]


So why will you love her? Her hair. Also for her killer songs, voice, and poetic lyrics, which I will describe first. Lorde is a teenage New Zealander (I can’t find a reliable source for her real name or age—no, Wikipedia isn't good enough for me), with a catchy, original voice. She varies from the melodramatic, slow scales to upbeat choruses with lots of vocal overlays in each song of her EP. Since she is a teenager, her lyrical content refers to traditional teenage emotions, events, and lifestyles. However, her lyrics are impressively poetic for a teenager singing about teenage experiences. Her lyrical content actually makes me feel more related to her rather than emotionally apathetic, which is an unusual feat on someone 10+ years out of high school like myself.

Okay, so now let me end with commenting on Lorde’s hair. Every successful star has a visual hook and this girl is going to double her fortune on shampoo commercials with hers. The girl should make a music video starring just her hair (you are welcome Lorde for the great advice). Until that video makes a release, you will have to settle with teenage boys acting like bored teenage boys in her premiere video for “Royals." Enjoy: