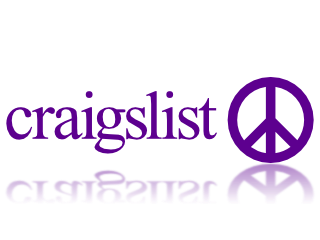 Like many folks, I like shiny new stuff.  It's fun to cut the tape, open up the box, and take out the new item for examination and use.  The fact that it's in mint condition, wrapped in plastic with the user manual, and looking spiffy makes it so exciting.  In fact, the last "new" item I bought was a Gibson SG Special from Sweetwater.com during Black Friday last year, and it's my main go-to guitar at the moment.

Was it an impulse buy?  Absolutely.  Was it totally worth it?  Yes.

All in all, I'm finding that I like the tone on my SG more than my Explorer at the moment (here is my full compare/contrast of the two guitars), at least through my Mesa Dual Rectifier, because it has a more round and open sound, but still plenty of sustain and crunch when overdriven.  And hence, this is a success story for something bought New.

However, there are other ways to go about acquiring gear, and I've come to believe strongly that in almost all circumstances, it's better to buy Used -- from individual owners, rather than dealers or web retailers.  Specifically, I'm referring to Craigslist, with eBay being a far second.

There are all sorts of folks out there on Craigslist looking to make trades, get a little cash to pay their bills, or otherwise who are getting out of the music scene and want to liquidate their merch.  "My loss is your gain" is oft seen in the listings for much of the stuff on CL, and it's frequently very true.  As a buyer, you are purchasing something that was originally worth $X for significantly less.  And if you're in the resale market, well, there are definitely arbitrage opportunities out there.

"But what if it's broken?  What if it breaks soon and I don't have a return policy or warranty?  What about the fact that I like shiny new stuff?!"

These were all my fears, too, but I assure you it's beneficial for you to move past these thoughts and consider reality: why would you pay twice as much for something simply to remove a dent and gain a return policy and/or warranty?  By the time you've purchased a few pieces of gear at twice the cost, you could've saved enough cash to fund your own warranty account and pay for your repairs multiple times over again.  Not to mention, warranty programs often involve you dealing with absurd shipping expenses (and hassle) and then waiting months for your equipment to come back.  It's much cheaper and quicker to repair locally.

"But it's so much effort to take it in to get fixed, and what if it can't be fixed?"

It can almost always be fixed relatively quickly and cheaply.  Let me explain.

In the past several months, I've had the pleasure of setting up my own recording studio in a commercial location in San Diego.  This is something I've done in conjunction with my band, and specifically one member in particular who has been an active proponent of purchasing used gear for quite some time now.

We've needed to acquire what amounts to an a$$-load of equipment for our studio -- professional quality sound treatment, mixing boards, rack gear, preamps, compressors, PA systems, instruments, etc.  When you think about starting a studio from nothing, it certainly seems like an impossibly expensive task to undertake.  However, by combining forces (financially and in terms of time), the burden is lessened, and it's lessened even more so when you can acquire gear on the cheap -- i.e., used.  In the case of sound treatment, we've even done most of that ourselves.  For example, see my previous post on how to build Bass Traps.

Have I purchased things that subsequently broke or had problems that weren't apparent at the time of sale?  Yeah, it's happened quite a few times.  But I also have a trusted guitar tech at a local shop to handle instrument quality issues, plus two electronics repair fellows that specialize in repairing musical equipment -- and it's not that expensive.  At least not in comparison to the cost of purchasing something new.

It only takes a little research and a few phone calls to locate such technically-minded fellows in your area -- not really tough work, all things considered -- and once you secure someone, you never have to worry about repairs again.  Get to know them, build a relationship with them, and keep their number in your phone.  Instead of your stomach sinking when something stops working, it becomes a simple matter of sending it off to your trusted friend for maintenance.  It ceases to be an emotional reaction, and instead becomes a rational exercise in following a process.

In fact, broken gear is probably the best deal out there.  Funny how nobody wants to buy something that isn't working properly, but consider this: if something is broken, it will sell for next to nothing.  Most sellers realize that their gear simply doesn't hold a candle to its normal value, even used value, when it's broken.  If you proceed to buy something like this, then send it off to your vendor for repair, it'll come back to you in working condition for even less than used value most of the time.  This makes it possible to get functional gear at prices even better than normal used prices, and if you ever find the need to move said gear onto a new owner, you might even make a buck -- something that most sellers (and particular musicians) aren't familiar with.

Also, I mentioned eBay earlier -- the reason this is a "far second" choice for me is because they rape sellers now more than ever before.  When you complete a transaction on eBay today involving musical equipment or gear, eBay and PayPal (might as well be the same) take a combined 14% of your sale, leaving you with only 86% of the purchase price.  This means if you sell something for $1,000.00, you'll only take home $860.00 while eBay yanks out $140.00 on your next invoice.  Seems like a pretty high sales commission for not doing anything but providing a meeting place for the market, no?  I wish I could make 14% of all my sales jobs that easily.

Thus, while eBay does provide a much larger market for buyers, I feel bad for the sellers (especially when I'm the seller) and tend to shy away from them these days.  Better to make local cash deals with people I can see face to face than get caught up in the rigmarole of absurd fees, PayPal limits, and dealing with the post office.  Still, times do come up where I can't find something locally and need to enter a larger marketplace to find it, and this is where it comes in handy.

Finally, there are online retailers like MusiciansFriend.com, Sweetwater.com, and more who all have big sales, deals on shipping, and so on.  But are the deals really that good?  They want you to think so, that's for sure.  The pros include everything is in stock just about all the time, and the purchase is a pretty easy process to go through.  Sometimes you can even call and negotiate a better deal -- not bad!  But you don't get to touch, see, or feel the product before you buy it, which can be a make-or-break thing when it comes to an instrument.  You also have to hope the shipping carrier doesn't mishandle your package in the mail, and if you ever need to return something it's a real headache.  Plus, even with all the supposed discounts, the online retailers are still making good margins on their sales, so you could almost always still do better local and used.

All this keeps leading me back to Craigslist as my primary source for acquiring musical equipment.  I've even made some good friends in the process and expanded my network by meeting guys and gals in other local music groups.  And whenever I really need something specific, I can setup an alert on my smartphone to automatically notify me when someone lists something in the music section including the word "Mesa" or "Gibson Explorer", for example.  This makes it a very efficient process, too, as long as you're patient.

Thus, in conclusion, I would encourage you to check out the classifieds section for musical equipment in your local Craigslist next time you need something.  Try to plan ahead so it's not an urgent buy, either -- if you have time, you won't be under pressure to pay too much or get suckered into a bad deal.  Eventually, more likely than not, you'll find just what your were looking for, and at a fraction of the cost you would have paid elsewhere. :-)
By Creative Edge Music at 10:00 AM