What am I supposed to say when I hear something that is absolutely unpredictable? Well, that is one way to explain what happened when I heard some of Eddy’s samples with this gritty/rich texture in his voice I was blown to realize Eddy is only 14 but that talent has other things to say. A voice clearly matured past its years he most defiantly has a world of musical opportunities ahead. He as well has been playing guitar for over 10 years with musical influences by The Beatles, The Beach Boys, and The Eagles; and current indie rock bands Cage The Elephant, JET, and Arctic Monkeys. So I recommend you all give his music a listen while you read the interview with this young talented artist this past Monday: youtube.com/eddydavismusic


What was your first reaction when you found out you would be working with Producer, Matty Amendola?

I was ecstatic! I never thought that I would get discovered as fast as I did. Even though it was my main goal, I never thought it would happen. So in the end, I was pretty speechless. We started recording in November of 2013, and he signed me to an artist development deal shortly after. We’ve already cut 6 songs that are being used as an “album sampler” to present to labels, and other big wigs.

Right now, how would you describe your personal musical style?

Rock and roll… Remember that? (haha) It’s got a lot of melody and harmony, but it’s also got a ton of balls and grit. I’d prefer to leave it up to others to determine what I sound like though. My focus is writing and performing nothing but what comes most natural and honest to me.

Now how would you place music in your life, is it your whole world or more of a Hobby you’re just 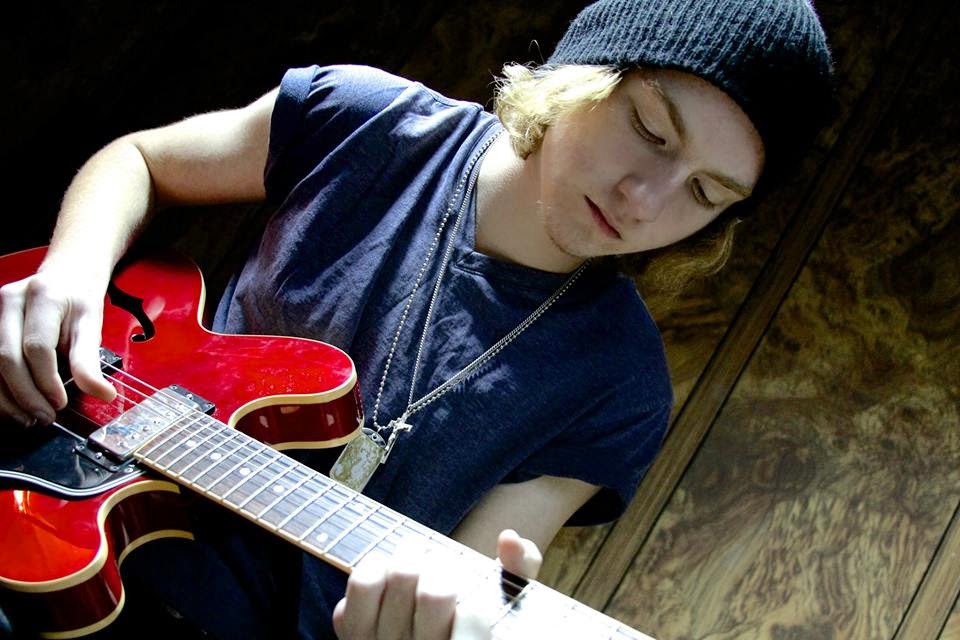 Music is my whole life. I would never consider it a hobby. It’s a passion and a lifestyle for me. Playing and singing is my way of spiritually communicating to people, and even myself on the deepest level. Depending on the mood of a song or riff, I can either portray that I love something, hate something, or everything in between.

When was the first time you realized “Huh, I think I wanna do this!” when it comes to music?

I realized I wanted to do this the first time I saw “The Beatles Live at BBC.” I still have it and watch every once in a while to remind me of my roots.

Now, what musicians/artist would you say inspire you the most?

Joe Walsh, Randy Rhoads, and George Harrison. They were the guys who’s inspiration helped shape my style and feel on a guitar. It’s funny, but the character of Guy Patterson from “That Thing You Do” influenced me when I was young too. I did start out playing drums, and the character’s attitude and showmanship were awesome. When it comes to singers, I love Matthew Bellamy (Muse), Chris Cornell, Rod Stewart, John Lennon, Robert Plant, and Matt Shultz (Cage The Elephant).

Who would you love to work with or open for in the near future?

Well, Joe Walsh inspired me to play guitar. Of course, I’d love to work with the guy that influenced me to let it flow and say “f#ck sheet music.”

What word’s do you have for artist your age hoping to make it in the industry?

My advice would be to always keep playing, be patient, and be yourself. Then again, I don’t know if anyone should be taking advice from me. (haha) I’ll be 15 next month with a long road ahead of me!

I remind myself not to ever lose sight of reality. Don’t get caught up in yourself or forget where you came from and turn into a Morissey or Ynwie Malmsteen. I think eventually you’ll get the respect you deserve.

Is there anything you would like to tell our reader’s? :)

Thanks for reading. I really hope I did not waste 5 minutes of your life. I hope I didn’t offend or scare you. I’m sorry for cussing but I can’t f#cking help it.

If you’re chuckling at this point, please come by my Facebook page and say hello… Every time we hit the 50 mark on the page “likes”, we’re posting a teaser from my album sampler. Every time we hit the 100 mark, we’ll post that full song for 48 hours. So feel free to come on by and keep in touch!