“We are very excited to host the festival again this year,” says PromoWest Productions’ Scott Stienecker, festival owner. “The festival’s growth has solidified its status as one of the premier boutique music festivals in the country with stellar lineups and continued critical acclaim. The Bunbury experience continues to be top notch, and this is the best lineup yet!” 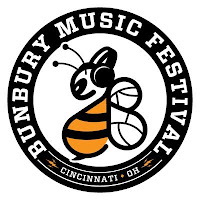 General admission and VIP weekend passes are on sale now at Ticketmaster.com. For ticket information and pricing visit BunburyFestival.com/tickets.