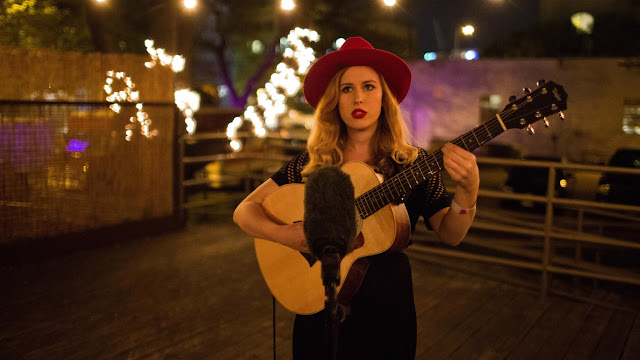 HOLLY MACVE has announced news of her much-anticipated debut album, Golden Eagle, which is due for release 3rd March on Bella Union. With its spellbinding folk ballads and devastating emotional delivery, the album is one of the most remarkably assured debuts of this or any other year, especially given she’s though only 21 years old.

Macve is already a firm favorite of NPR’s Bob Boilen who said “I think 2017 will be the year the world falls in love with the voice of Holly Macve”. She recently shared the video for “No one Has The Answers via NPR: First Watch, you can watch here. This year she filmed a hauntingly beautiful NPR SXSW Lullaby two nights after her first ever US show.

Having already supported the likes of John Grant, Villagers and Benjamin Clementine, and wowed audiences at UK festivals such as Latitude and End Of The Road over the summer, Holly will be embarking on a UK solo headline tour with her band in April 2017 as well as performing at Eurosonic in January and will return to the US in March for SXSW.