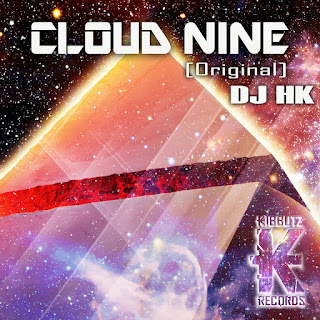 Portuguese producer Hugo Kintas is better known in the music industry by his moniker DJ HK.

After a lengthy hiatus, influential Portuguese producer and recording artist DJ HK is back in the studio crafting his soon-to-be – and much anticipated – come-back single. The new track represents a "debut" of shorts for a man who, until a few short years ago, was a constant feature on the club circuit and a regular in the dance charts with his trademark Latin House creations. His latest offering – a unique fusion of South American and African instrumentation – is his first foray into Big Room electronic dance, a genre that is rapidly gaining a huge following.

DJ HK grew up in the working class neighbourhoods of Porto where he learnt to play a variety of instruments and developed and passion for contemporary pop music. He started working in the entertainment industry as a dancer at only 17.

At 19 DJ HK was already promoting events in clubs where he established a network that provided different parties to a variety of clubs around the country what then lead him to connections with showbiz companies that supplied events of dance, fashion, music, performance, etc. At this stage, DJ HK starts managing deejays and artists with his company – at the time – called 'Booking-Artist' a division of the 'Preto Branco' group.

DJ HK would play vinyl at private parties for friends in his spare time and in his early twenties, DJ D-JACK – a friend of his – realised that he had the talent and ambition to be a professional musician and in 2009 DJ HK was invited to join the promising dance music duo FREELOVERS PROJECT.

During this period, whilst as a student of Performing Arts, a friend began to post his remixes and bootlegs onto MySpace and SoundCloud; recordings that have had in excess of a million plays. His growing popularity eventually came to the attention of a number of record labels, and in 2011 he signed to BUY-RECORDS.

He consolidated his burgeoning reputation on the Portuguese club circuit by establishing a strong collaboration with the Brazilian singer Doctor Silva. Billing himself as DJ HK, the duo released a number of unique and pioneering Latin-House tracks, of which still today they release tracks together.

By 2012 DJ HK and Doctor Silva were charting on BeatPort and iTunes, with critics praising their inventive arrangements and energetic tempi. With his name firmly established among dance music devotees, it was clear Kintas was more than just a fleeting sensation. He cemented his status even further as a guest DJ at a numerous events and clubs around the globe, and is instantly recognisable in the Latin nations with his trade mark "Latin-House" style. He is also a fine Tech-House and EDM artist.

His collaborations have included established acts such as: Marcelo Gaúcho, Mc Wagner, Mario Rios, Tiago Botelho, Yvan Seran, Mc Roni, Fagner and a host of other well-known names in the industry.

In 2012 he moved to the UK to pursue his career in music production and studies about the new models of the music industry.

From 2013-2016 Hugo took an enforced sabbatical from the music industry for personal reasons, but remained studying to fight his personal hitch. He completed different courses of Music Management, Copyright Law, Music Production, Creative Writing, Music Marketing and others.

However, now in 2017 DJ HK is back, re-energised and ready to deliver new sounds to playlists and dance floors around the world.

If you like tunes that have BIG and EPIC spread all over, then stick around because the new single from the charismatic and mesmeric Portuguese producer DJ HK is one you will definitely want to hear.

Already garnering strong endorsements from some of the best known Deejays on the dance scene, the new single is a change of tack from DJ HK's usual signature sounds. Released on the Kibbutz Record label, Cloud Nine is an exhilarating addition to the Big Room scene.

DJ HK gave the media outlets and music tasters the privilege of the exclusive access to hear the track of what might be his most ambitious project to date. Cloud Nine is a triumphant banger of fusing melodies with thumping rhythms and floor-quacking bass including the exotic piquant bonanza of Latin and African inspirations containing sounds of Didgeridoo, a native instrument from Australian aborigine.

You can get a sneak-peak of the track which is available on his Facebook page and the accompanying video reveals the single being produced with the Ableton DAW software. http://bit.ly/DJHKfbpage

DJ HK reveals that 10% of the proceeds of his new single's sales will be donated to a Cancer Charity – yet to be named.