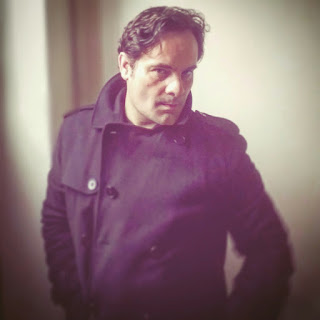 "Is The Grass Greener On The Other Side"?

"The Grass Ain't Always Greener" is the fantastic brand new single written by the multi-award winning Welsh singer/songwriter, Darren Parry. The song is an infectious, upbeat, Country/Rock stomper that is so hook laden… it will stay in your head like a burrowing song worm!

Darren has performed with household names, co-written songs with prestigious songwriters, appeared on many TV shows and has won songwriting awards including; The 2004 UK Songwriting Contest and received awards from Billboard, Unisong and the USA Song Of The Year contests, to name but a few!

This new single features Darren on lead vocals and acoustic guitar, the stellar guitar work of long time session guy for Darren…Rob Devereux, a fantastic new female vocalist named Kaysha Louvain (heralded as the "Welsh Bonnie Raitt") on backing vox and the uber talented Al Steele on bass guitar/additional guitar/engineering duties. All recorded with Al Steele at Shabbey Road Studios, South Wales. The song has a high production value with so many quality, interwoven guitars and licks, the track could be mistaken for a Robert John "Mutt" Lange production! Darren has drawn on his influences in this genre including ZZ Top, AC/DC, Bryan Adams, Shania Twain, Rolling Stones et al to create a truly memorable anthem of a song with Darren's versatile, powerful, gravelly, 3 octave vocal range, soaring over the music!

2016 has been a successful year for Darren with him writing and producing for other artists, including teen sensation, Nina Jones ("Promises") and Lee Gilbert ("Soar"). "Promises", written especially for Nina, has received a Semi-Finalist position in the 2016 UK Songwriting Contest (judges included Stuart Epps, Shelley Peiken and Kipper Eldridge) and an enviable Runner Up position in the 2016 USA Song Of The Year contest (judges included Alicia Keys, Steven Tyler and U2's The Edge). With songs of this quality, Darren will surely be achieving more songwriting accolades in 2017 to add to his growing collection.

"The Grass Ain't Always Greener" is out for download NOW on iTunes, Amazon, Google Play and all good retailers.

Listen to the full song here:https://youtu.be/DJWC7H3UQ0k

Or more info from: http://www.darrenparry.com