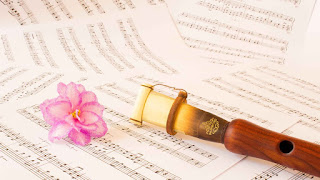 UNESCO proclaimed the Armenian duduk and its music as a Masterpiece of the Intangible Heritage of Humanity in 2005 and inscribed it in 2008. The duduk is an Armenian instrument.

It is a symbol of Armenian national identity as it expresses Armenian soul, its history, the language, and mood. It is an ancient Armenian musical instrument that originated 5 centuries ago. Musicologists found the most compelling evidence.

They found duduk's use as early as 1200 BC. One can see variants of an Armenian instrument in Persia Georgia, Turkey, Azerbaijan, and Balkans. The duduk and its music has been developed over many centuries. Throughout history, music of the duduk has come to encompass the wisdom and emotions of the people who have created it. Traditionally inseparable from the cultural identity and social celebrations of all Armenians, its' sound and physical shape have been refined over centuries, resulting in its current form.

The duduk is a double-reed woodwind with a cylindrical bore made from the wood of Apricot trees. Other varieties of the duduk can also be found: in Iran and Azerbaijan it is called balaban, in Georgia, duduki and in Turkey, mey. There are similarities as well as differences between Armenian duduk and its analogs. Armenian name of the instrument is duduk or tsiranapokh ("apricot tree pipe").

It is interesting to notice that apricot in Latin is "Armeniaca" meaning Armenian fruit.Besides having different names, the sound of the duduk differs greatly when played by musicians from different countries. The main differences stem from the technical nuances of playing, particularly lip control. Armenian musicians use a special technique to make duduk sound like a human voice.

Thus, it promptly reflects the feelings of Armenians, the soul of the land and Armenian history making it feel like this instrument has come forth and has evolved together with Armenians. And it is a very common saying that the duduk is "The most Armenian of all instruments".

Vamelo, the sole duduk manufacturing companySince Independence of Armenia (1991), more than 26 years have rolled and the Armenian economics has vastly grown, but the music instrument manufacturing branch had been silent.A small and modest company, named Vamelo, was born thanks to a young man, Vardgues Melkoni, who began a long, wonderful journey into the duduk world in 2011. People said that the company wouldn't survive a year.

But Vardgues persisted. And here is the successful company making one of the finest woodwind products in the world. With boundless enthusiasm and unshakable faith, Vardgues has developed and created a new philosophy in the Armenian duduk making and marketing.

That exploring journey took several years, giving him knowledge and education about musical instrument business. He remained powerfully impressed by the beauty and spirit of that magical duduk. During those long years, Vardgues came into conclusion that the Armenian duduk lacked and needed modern attitude in craftsmanship and marketing worldwide.Vardgues Melkoni, taking the opportunity to be the first Armenian duduk manufacturer as a brand, has developed, processed and created his own radical innovation and stunning technology in duduk making.

Meanwhile, he clings to traditions of the duduk creating, honoring the methodology of our mastered ancestors. Vamelo only makes one quality: superior. From workshop to musician, great lengths are passed to reach ultimate advances. A Vamelo product is created from exclusive and highly controlled sources, designed to meet critically determined specifications and it is the attention to the finest detail that gives every product, uniqueness.

Each duduk is a reflection of its ancestors, from the matchless craftsmanship to its individual mellow, subtle tones that exude a unique and emotional vitality.Now Vamelo takes pride in being the first duduk manufacturing company in Armenia. The company handcrafts finest duduks revealing the inner beauty of Armenian sound. Vamelo brings together craftsmanship, art and science dedicated to demanding enthusiasts who accept no compromise.

Vamelo instruments will unveil the fine nuances of the music you play - key by key, yet unseen and unheard. With the company's devoted and graceful staff's talent, Vardgues has established such a promising, unrivaled and unique castle that has stamped its own hallmark of Armenian duduk making. Finally, Vamelo is dedicated to making the finest Armenian duduks and is eager to engrave the company's signature on the wall of the world's music industry history. That is Vardgues' goal.

"At Vamelo, we are uncompromising in our pursuit of perfection. Our visionary innovation and unmatched craftsmanship know no parallel."

https://www.vamelo.com/home
By Creative Edge Music at 8:17 AM