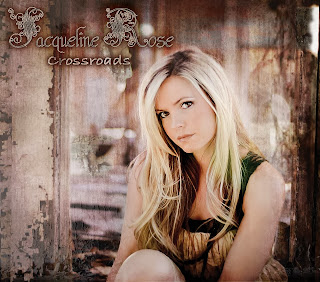 Since high school, I have enjoyed finding new bands and artists that are still under the radar of the mass population. I find it so satisfying to find a good band, share one of their songs with friends, and then hear my friends still humming it weeks later. I used to spend a lot of time on www.purevolume.com (which I still highly recommend). But, since Purevolume.com hasn't yet attracted those in the country genre, I've been on the lookout for ways to find new country artists. While there is still no website that I’m aware of, I have found the Mecca of lesser-known country talent in Nashville’s bar scene. With social media, it is so easy to follow these artists once you know their name. When I hear a musician I like, I simply follow them on Facebook and Youtube. From there, I can listen to and share any and all of their new music.

One girl in particular has captured my attention. Her name is Jacqueline Rose and she is a mini Miranda Lambert. While petite, she has a big voice and an even bigger presence. I’ve watched many artists perform at various locations in the city, but there’s only a handful that I can remember actually putting on a show. She has the charm and attitude, and a truly star-worthy stage presence. When Jacqueline’s on stage, she owns it. Whether she’s singing an upbeat, boot-stomping kind of song or a heartfelt ballad, the audience is always fixated on her. After seeing her perform a few times, I’ve found that she also really enjoys meeting her audience. She always takes time between sets to visit each table. When she came to mine, she asked where I was from, told me about a friend of hers from Canada, asked what brought me to Nashville. I was charmed. I really hoped to buy her EP and asked how much she’d like because I had spent most of my cash on dinner. She just smiled and let me have it for free, saying that if I liked it to please let people know. I did enjoy it and have had it playing in my car for the last week. Tracks #1 and #4, “Sugar and Spice” and “Moonshine,” are my personal favorites.

Follow her on Facebook and Twitter to find out when and where she’ll be playing next. She frequently performs at Rippy’s on Broadway. As I’ve mentioned in a previous post, Rippy’s is one of my favorite places in Nashville. With a second story patio, it’s a slightly secluded spot on Broadway that lets you forget about the bustling of the street and to focus on enjoying good music, fresh air and meeting friendly people. If you’re not convinced to go see her, check out her YouTube channel or watch her cover Miranda Lambert’s “White Liar” below.