Where does Christmas music come from, you ask?

Christmas songs, or rather Christmas Carols, have been a fundamental part of celebrating the birth of Christ and the winter holidays for hundreds of years now.  The first Carols were written in Latin as short hymns or chants, and eventually evolved into the more complex verse-refrain songs we know today.

This evolution began in the 13th century, when the hymns and chants were transcribed to the vernacular and embraced as part of contemporary religious culture.  Much credit for this evolution has been given to the Italian Catholic friar and preacher, St. Francis of Assisi, who also developed the first Nativity Scene in 1223 in Greccio, Italy.  The purpose of Assisi's Nativity Scene was to emphasize the importance of worshiping Christ over gift giving and secular materialism. 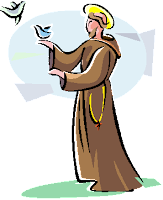 The progression of Christmas carols continued in Western Europe (namely Italy, France, Germany, and England) throughout the 14th and 15th century, as intricate songs were written longer in length and were practiced by larger groups, often in conjunction with a dance.  By the end of the 15th century, a songbook called the Fayrfax Manuscript had been written around themes focused on the life of Christ.

By the 17th Century, though, all this progress was nearly forsaken as Christmas carols lost popularity and were even declared Pagan by the government known as the Commonwealth of England under Oliver Cromwell.  Protestant Puritans of the time also disapproved of Christmas caroling at the time, and any form of celebration of Christmas became a prohibited practice in England. 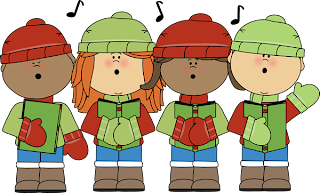 Fortunately, when King Charles II took the throne in 1660, the celebration of Christmas and its associated carols were restored and deemed as acceptable once again.  This created a spark that fueled the development of more Christmas carols throughout the 17th and 18th centuries, many of which became the popular songs we all enjoy and sing in the present day.  Of course, the trend has continued through the 19th, 20th, and even 21st centuries as new celebratory music has been composed and sung by the masses.

Ten of the most popular Christmas songs are listed below along with credits to the original writer (and year of composition), along with videos of modern-day performances.  Enjoy, and Merry Christmas!


1. Joy to the World
1719 - Written by Isaac Watts
Performance by Mariah Carey: