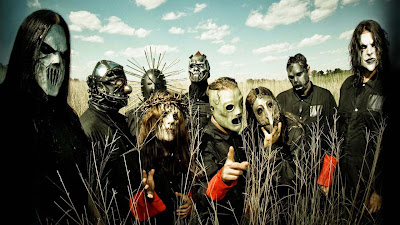 It's been announced for a little while now, but at this point it's pretty much official. Drummer, Joey Jordison will no longer be a part of Slipknot after only stating at this time for "personal reasons." As you can imagine, fans are devastated at the news and it appears the band is equally as disappointed as the rest of us.  A lot of questions have been floating around since the official announcement. Why is he leaving? Will Slipknot continue without Joey? Will this stop the production of the band's new album? Unfortunately, a lot of these questions have yet to be answered, but the band and Corey Taylor have been trying to shed some light on the situation.

Slipknot announced the following statement on their website: "It is with great pain but quiet respect that, for personal reasons, Joey Jordison and Slipknot are parting ways. We all wish Joey the best in whatever his future holds. We understand that many of you will want to know how and why this has come to be, and we will do our best to respond to these questions in the near future."

Vocalist, Corey Taylor spoke with 93X radio about Joey’s departure from the band: "Honestly, I can't really talk about it right now. It's still so fresh and there's a lot of things going on behind the scenes that people don't know about. So, legally and respectfully, I can't say a lot about it. I can confirm that — obviously, we put something up on the web site — but I can confirm that we have parted ways with Joey, and as soon as we can say something, we will. I mean, we're trying to protect him, trying to protect us, just making sure that we do everything right, because that's what we would expect from ourselves and that's what we would expect from the fans. And I know the fans are chomping at the bit; it's just we can't really say anything right now. It sucks for them and it sucks for us, because, I mean, we have always really prided ourselves on being able to come out and be honest with everybody. But there's really nothing we can say right now. And until we can, it's just kind of… It's difficult, but if people can bear with us, we'll cross that bridge when we can."

You can listen to the entire 93X interview below!

So, for all of those Slipknot fans out there, answers are on the way, but for now all we can do is hope for some positive news in the near future.
By Unknown at 9:00 AM