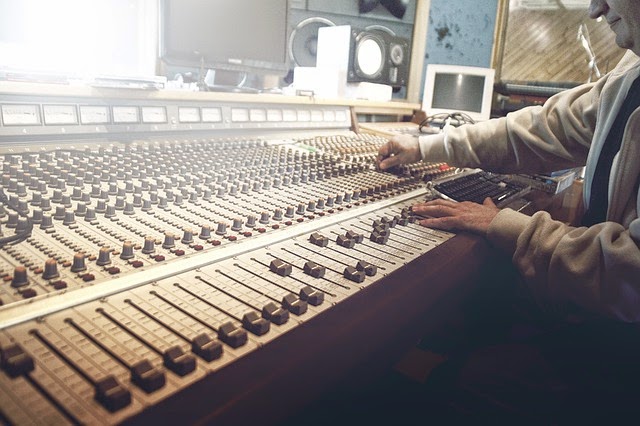 All Types of Audio Mixes


Since I began Mastering at the beginning of 2008, I have had just about every kind of music and mix you can imagine come across my desk.

Some songs were produced with big budgets at expensive studios with knowledgeable engineers, some were made entirely on a laptop with headphones, and everything in between.  I’ve heard fantastic mixes come from both ends of the spectrum and I’ve seen some issues that can plague mixers of all types.

Occasionally these issues cause problems that a mastering engineer simply can’t address without doing the song more harm than good.  That’s when I (politely) request a mix engineer for a do-over.  It’s not always possible, but when it is, the results are always better - because remember; the perfect mix needs very, very, very, very little adjustment in mastering.  There are three mix issues that I find the hardest to leap over. They are: sibilance, peak limiting, and “mud” aka: low-mid frequencies.


Ssso your vocal sssoundsss sssslick and polissshed, but how do the letter S’s sound?  Have you tried turning up the volume on your mix really loud?  What happens when you focus your listening on the vocal?  Do you have to squint every time your vocalist says “Sassy” (which they do all the time)?

Sometimes a lot of dark reverb can mask a sibilant vocal, but just as often the reverb can amplify those problem frequencies.  The frequencies I’m talking about are usually between 6.5k and 14k but can sometimes be as low as 3.5K or can be spread across all your highs.  So what is the solution?

You may or may not have heard of an effect called a de-esser.  It does exactly what the title says.  It removes excessive S’s from your source material by compressing just the (high) frequency range that you tell it to - either a band pass type selection or a high shelf.  “Why can’t my mastering engineer just put one on my song?”  Well, he can.  I frequently do.  The problem occurs when there are other high frequency instruments that we don’t want to compress like a crash cymbal, hi-hat, or especially a snare drum.

A de-esser set to perfectly smooth out a vocal can kill all the hard-to-achieve cut that a snare drum needs in a mix.  It can take the sparkle out of a crash or dull a hi-hat.  If we can put one on just the vocal(s) in the mix it’s much easier to shape and preserve the details of a mix.

The first problem is that most de-essers distort - some badly - when they are grabbing more than 2 or 3 dB of gain reduction.  First, make sure the de-esser is set to compress the highs only.  It’ll be much more transparent.  Then you solo out your vocal to hear if you find any crackle or the S’s turn into TH’s.  If you have limited de-esser options, just set it to gain reduce a couple dB and stack multiple instances of that de-esser back to back in your chain until it’s fixed.

What we (usually) want is the vocal to sound smooth and natural, especially at loud volume levels. However, on the flipside, we don’t want to lose good details in the vocal.  If you open up a good fast spectrograph on the vocal channel you will be able to see (visually) the problem spikes in the highs.  Set the de-esser to band pass if the spikes are in a narrow range (some de-essers allow you to adjust the Q of the band to be wider or narrower), and adjust it to be in the middle of the range of spikes.

If you see all of the highs jump when an S happens, then set it to a high shelf style.

If you don’t have a spectrograph or visualizer to show you what’s going on, set the de-esser to shelf with the shelf starting at the highest frequency it will go.  Move the theshold to gain reduce at least 10-15dB to start, then slowly move the shelf down until it’s catching all the problem S’s.  Adjust the threshold to fit, and remember: smooth but detailed.


This one is fairly simple.  Often when people mix they go for a finished sound and try to push their mix to the loudness levels of their favorite artists’ songs.  The typical method is by putting one or more peak limiters (or loudness maximizers) at the end of the insert chain on the Master Bus before bouncing.  They then take the “loud” mixes and reference them in another place, usually the car, or another playback they’re familiar with.

All of that is fine, especially when dealing with clients who may not be accustomed to what a healthy uncompressed mix should sound like.  The problem is that all too often they don’t remove the loudness boosters before sending their files to mastering.

When your mastering engineer gets a mix that is pegged with the majority of the transient peaks hitting a brickwall limiter and the dynamics between the soft parts and the loud parts has already been reduced, his hands are really tied as to what he can do to your song.  If the song needs more punch he’s going to have to use some tricky expansion techniques to un-compress the low end, and the same with the upper end. It rarely comes out sounding natural, detailed, or full.

The solution is simple.  When you are as satisfied as you can be with your mix(es) - I know that’s a never ending process for some people - just bypass any dynamics processing that you apply on the mixdown that is used for volume only.  I want to repeat that again. Ditch anything that you’re using just to boost overall levels.  If you have a good buss compressor and you like the smoothness or glue it gives your song - Great!  Leave it.  If you use harmonic enhancers and you like what's happening - Fantastic!  I’m not an engineer who tells mixers they shouldn’t put anything on their mixdown.  I believe that you know what you want and you know what you like and if you’re comfortable with doing a little “pre-mastering”* then please do so.  If you aren’t sure if it’s helping or not, then it isn’t and you should probably kick it to the curb.

In summary, your mastering engineer doesn’t need or want your mix to be loud.  Different engineers have different preferences for peak levels (I have no preference), so check with them first before final bounce down.  Make sure you’ve used the appropriate compression on each individual track in the mix, but don’t stress about the master buss.  Let us do the stressing.


Who wants a muddy mix?  Who wants a thin mix?  Uh, nobody.  This is one of the trickiest areas to eq in a mix because the difference between too much and too little can be a hair's width.

The scenario that I see most often is this: the bass guitar is great, the kick is punchy, the snare is full-bodied, but in trying to make the guitar(s) warm - we have too much 200Hz in there.  Or the opposite can be true - everything is a little thin except for the guitar (it usually means the mixer plays guitar).  Either way, when the mastering engineer tries to do EQ out the problem area, it's really destructive to all the other instruments that are hanging out there (between 165-400hz).

Bass lines, snare drums, kick drums, toms, male vocals, guitars, pianos, and many other things need crucial warmth in this zone, but when they all combine together you can get buildup or overlap.  It's like putting too many salty ingredients into a soup.  Another problem is that many mix rooms can have nodes that begin causing noticeable phase cancellation starting in these frequencies, so the mix might sound great in the studio, but doesn't translate elsewhere.

Many lengthy articles can be found discussing acoustics in audio engineering." Are you telling me I need to drop tens of gillions of dollars on speakers and room treatment to be able to mix properly?"  Yeah...no.  That's the best way, but there are work arounds.  Check your mixes in at least three places.  Decent headphones, and a car stereo you know well are good tools.  When you've figured out which instrument is jumping out at 200 or 300Hz you can settle just those frequencies with a couple notches* in a parametric EQ.


If you get these three common issues at the top of your To Do: list while you're mixing, your mastering engineer is sure to be impressed and grateful that you helped him to help you sound better.  Win - win!

By: Joe Goodwin
Joe was head mastering engineer at Capricorn Studios in San Diego, from 2008 to 2014. Now he's the owner of Bellwether Mastering in Helena, MT. Yell at him at www.bellwethermastering.com
By Creative Edge Music at 8:00 AM