Home » Discover Music » Duncan Reed - Hard as Stone: A Voice to Melt the Coldest of Hearts

Duncan Reed - Hard as Stone: A Voice to Melt the Coldest of Hearts 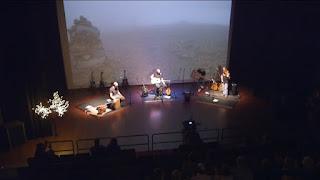 Manchester, UK based Duncan Reed is an alternative singer songwriter, dabbler in acoustic rock and an all-round master of melodic, effervescent resonance. His latest track Hard as Stone is one of the most melodic pieces of music that I've had the transcendental pleasure of listening to since I first discovered Glen Hansard.

Hard as Stone demands the illustration of his raw fingers floating over the strings of the guitar as the track spirals through the soul wrenching melody fuelled through deeply illustrative and abstract lyrics.

There's a point in the track where his fingers delectably stumble over the strings, this was the moment that I fell in love with the pure cacophony of sound that was brought to life with just one man full of poetic synergy and his acoustic guitar. I love that there's static toward the end of the track to entice you into the nostalgia you are treated to after a well-loved vinyl record has reached the end and you're drenched in the white noise; the departure and the aftermath of experiencing something spectacular.

There's a great power in his voice, although the vocals aren't as strong as they are in his other tracks on his debut album Hypnotise; there's a plethora of tracks that vary in the dalliance of amplification creating it a spectacularly immersive experience. You can definitely hear the Fleetwood Mac inspiration that invokes his pensive style lingering within some of the jingles of the track.

You can check out Hard as Stone, along with the other hits on his latest album on the Spotify link below!

https://open.spotify.com/artist/1XQVOc2Gw6zEVI0SYXlUBd
By Creative Edge Music at 9:18 AM